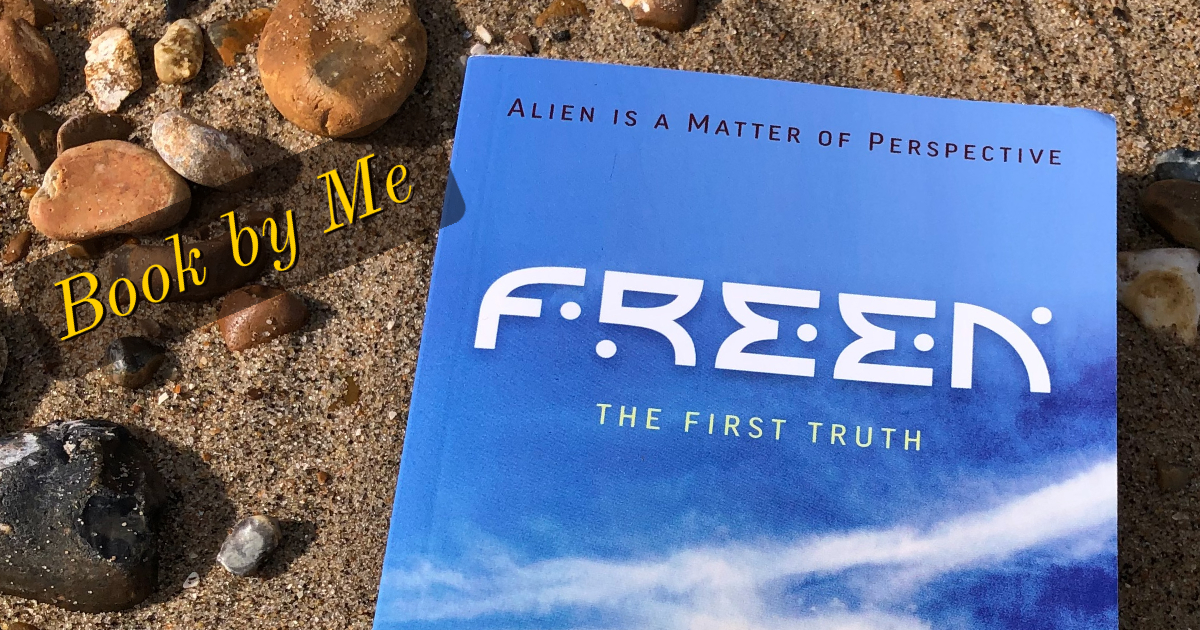 My first book (a novel on Kindle and in paperback)

What if everything you knew about human evolution was turned on its head?

When fourteen-year-old Gem loses her amber necklace at her new boarding school, in the sleepy sea-side town of Eastbourne, she and her friends are only concerned with retrieving the precious, family heirloom – little do they know they will be drawn into a world of conspiracies and cover-ups as old as mankind.

Together with archaeologist, Cessi, Americans Jack and Mac and a strange girl with an identical necklace, Gem and her new friends must keep the truth from being revealed – IF that is what they truly believe they should do

Having successfully managed to write a story of 6000 words (Journal of Freitous), I assumed that writing a novel of just about ten times more would be a doddle.

It took me five years.

I started out writing it for my then eight-year-old daughter (my eldest of three) and it was more of a ‘fairy-alien’ story idea, prompted by the famous Cottingley Fairy photos taken by Sir Arthur Conan Doyle. I didn’t have a plan, just a vague idea (which is not sensible), but I did have a rough sort of theme, which was, do people really want to know the truth, if the truth is not what they expect? As you can see, I really was a complete novice at the art of writing a novel.

As I have mentioned in other posts, I do love an alien conspiracy theory, and so I wanted to include some of these in my book, although initially, that was difficult to do in a story for an eight-year-old, but unsurprisingly, she grew up quite a lot during the five years it took me to write it and by the time I really got my teeth into it, she was a nearly fourteen and I managed to ‘shoehorn’ in a good number of alien-type conspiracy references – I actually did a sort of ‘mood board’ of all the weird stuff I referenced, which I have shared with readers at a number of book fairs:

I decided to set my story in a private boarding school (I read way too many Enid Blyton’s as a child: Malory Towers, St Clare’s, Swiss Chalet School, etc…). I also decided that I would give the school cafeteria a really interesting menu, which should feature quite heavily in the story (it seemed like a fun idea at the time).

Much to my daughter’s horror (now, not then), I based the main character on her, with her younger sisters also featuring in the story. The other two main characters were based on a collection of attributes from their various friends.

As you can probably see, my novel was mostly based on lots of good intentions and very little planning, which is why it took so flipping long to write! It actually turned out pretty well and I was very pleased with it, but the process of writing was laborious.

My big lesson from it was to plot and plan and not leave things to chance!