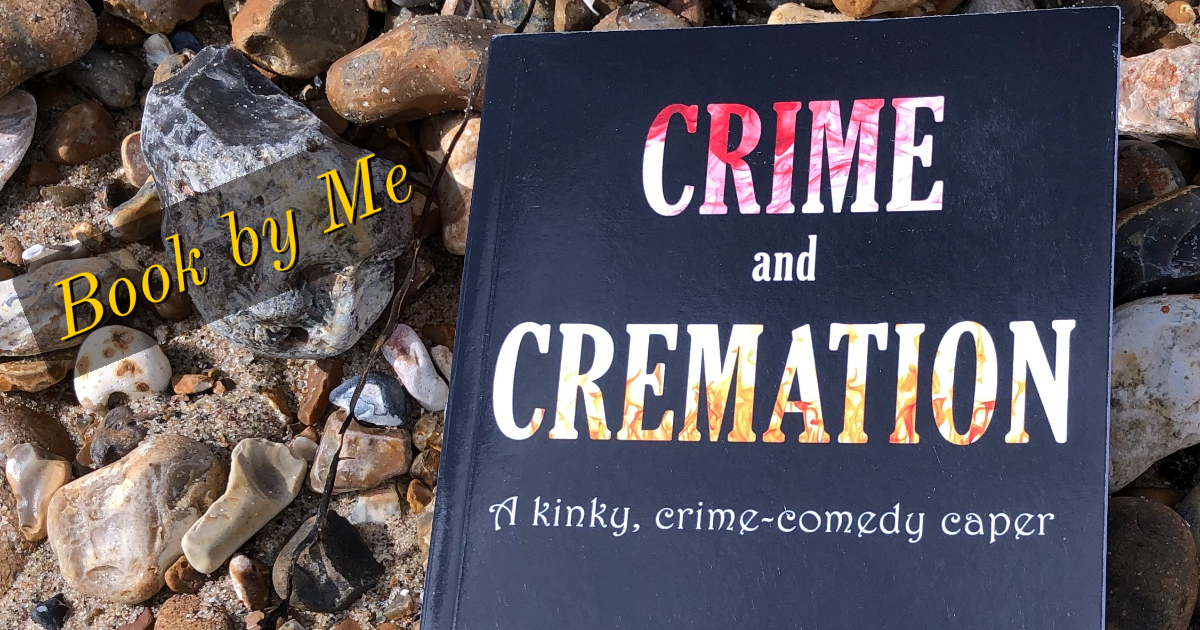 ​​My second book (a novella on Kindle and in paperback)

This is the blurb:

Best friends Emily, Harry and Louella have just finished their A’ levels, are bored and in need of cash. They accidentally kill the pervert who is stalking Emily, secretly cremate him at Harry’s uncle’s crematorium and collect his stolen cash. This makes them realise that getting rid of bad people could be a great way to earn some money over the summer holidays – however, their efforts lead them into the paths of Satanists, fraudsters, the Russian Mafia and corrupt cops.

Will they get away with theft and murder and more importantly, will the super-hot postman think Emily is cute?

Crime and Cremation is completely different to my first novel FREEN in so many ways, and that is probably in part down to (what my husband describe’s as) my rather contradictory character.

I wrote C&C in first person point of view, because I hadn’t done that before and it seemed like it would be a fun challenge. Plus, I hated writing dialogue and I knew that first person forces you to write more of the stuff. I also decided that I should try writing in present tense, (as in, all the action happens in ‘real-time’) because I knew that it was quite tricky to get right and I thought it would be fun to really test my skills.

Then there was the WHAT to write. Well… the brother of a good friend of mine makes a decent income from writing language books (I can’t do that!!), but he told me the genre that was selling really well was erotica (this was when Fifty Shades was really popular – and yes, my husband bought me a copy and I read it, reluctantly).

I wasn’t sure I could write anything really rude – not without a few drinks first, but that made it even more challenging, so I added it to the brief for Crime and Cremation (which didn’t have a name at that point).

This was not the ‘text-book’ method for writing a novel!

Once I got started writing, I quickly realised two very important things:

1. I LOVED writing dialogue. That was a surprise.

2. Every time I tried to write a sex scene, it turned into a comedy situation – I’m not sure what that says about me, but oddly, my husband was not surprised.

Anyway, unlike FREEN, C&C took less than a year to write and it became a ‘kinky, crime-comedy caper’.

My parents read all the sex scenes (I decided that if I wanted to publish the book, I should get over the ’embarrassment factor’ and this seemed like the shortest route to that). My mum told me to write MORE of the sex scenes.

I read extracts of the story to my writing group and was told to slow down to give them time to laugh, and when it was finished, I gave it to my husband to read and he laughed his way through it and asked me to write another the same.

I haven’t – I get very distracted and ended up writing a creative writing course instead, but, I will be writing another one – eventually.